Declared a National Historic Landmark in 1987, the Playland “Ice Casino” was built in 1929, originally containing a main ice rink as well as a full dance floor on the second level that functioned as a dance hall through the 1940s and ’50s. It also had a full-service fine-dining restaurant and an outdoor café. Until 2002, the New York Rangers hockey team practiced at the Playland Ice Casino. Playland appears in scenes from many major motion pictures such as The Muppets Take Manhattan, Fatal Attraction, and most notably the amusement park was featured at the end of the 1988 movie Big starring Tom Hanks. The scenes with the Zoltar the Magnificent fortune teller machine were filmed on Playland’s boardwalk.

In 2012, Hurricane Sandy wreaked havoc on the shores of New York and New Jersey, claiming parts of Playland’s boardwalk, causing flooding and substantial damage to the Ice Casino. As part of the reconstruction efforts, the Casino’s old wooden shingle roof was to be replaced with a new standing seam metal roof, along with finding a better solution for the rubberized fabric perimeter which was not energy efficient and provided very little natural daylight. Because of the limited restoration budget, replacement costs and installation time were crucial. Sales representative Fontana Metal Sales Corp. presented the general contractor, MILCON Const. Corp, with an alternative to the fiberglass panel system originally specified – the Horizon C-Series. 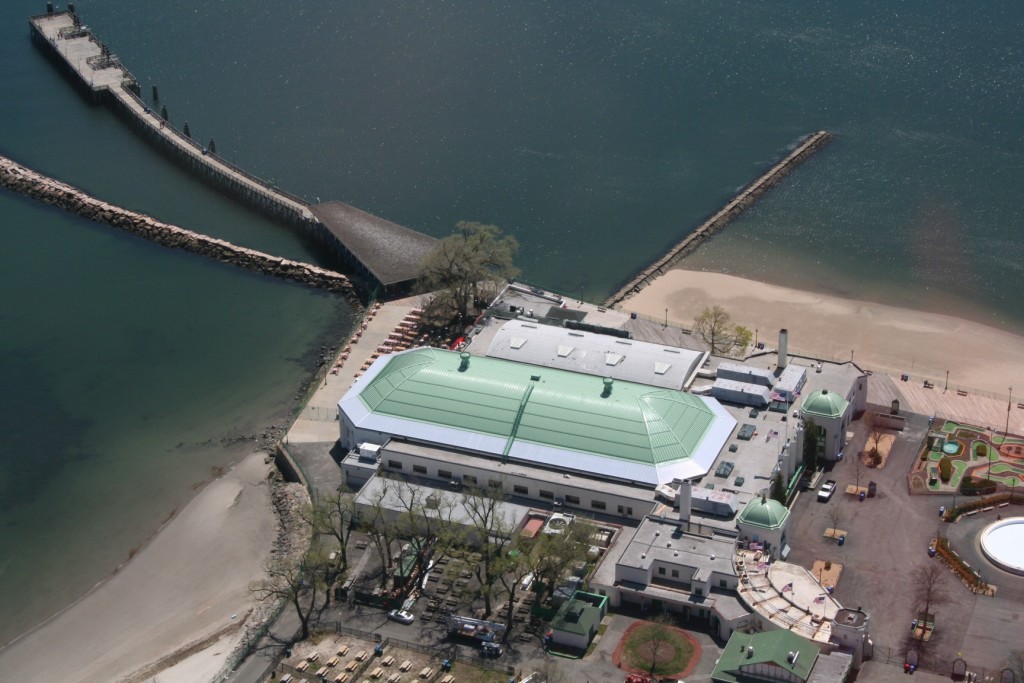