Opened in 1928, the Detroit Zoo is the largest paid family attraction in Michigan with more than 1.3 million visitors annually. It’s home to more than 2,500 animals of 280 species, and situated on 125 acres with many naturalistic habitats.

The Detroit Zoo’s Great Ape exhibit had a series of old dome skylights in dire need of replacement.

Apes are highly sociable animals that thrive in natural daylight similar to their human counterparts. The old skylights did not let in sufficient natural daylight necessary for the well-being of the Great Apes.

Thermal efficiency was also a major requirement in the new skylight system.

All work had to be conducted during the zoo’s regular hours of operation, and working times could change due to animal issues.

“Working for the zoo you have to put the animals needs first,”  said Mike Draper, Senior Project Manager, DeMaria Building Co., Inc. “Temperature and weather play a huge part because there are three species of primates that do not all coexist. Some need to be separated or kept from each other.”

Primates are very curious so visual barriers were placed so the animals could only see portions of the work area.
The old domes were removed, and new openings were cut in the pre-cast concrete roof. The new skylights were installed with awning type vents and casement windows so that food could be broadcasted to the animals through the roof openings. The glazing is Lucite “Utran” UV Transmitting Acrylic which allows the UV to enter the space, to create a healthier atmosphere for the primates.

“Wasco’s representative, Randy Sitzler from Abbott K. Schlain Co., was very knowledgeable and easy to work with. Thanks to everyone for their efforts and most of all for the excellent communication that was necessary to facilitate and complete this project in a short period of time to minimize the impact on the animals. Again, thank you all for a job well done,” said Mike Draper, Senior Project Manager, DeMaria Building Co., Inc. 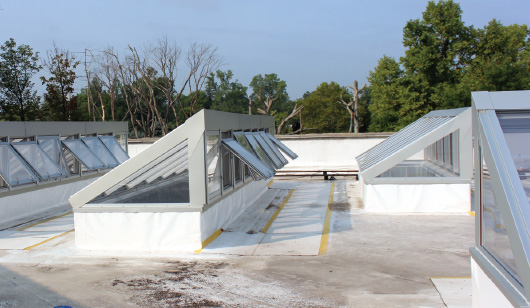 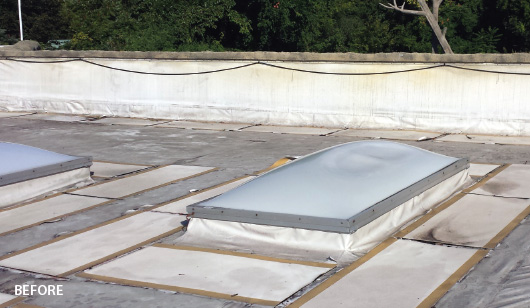 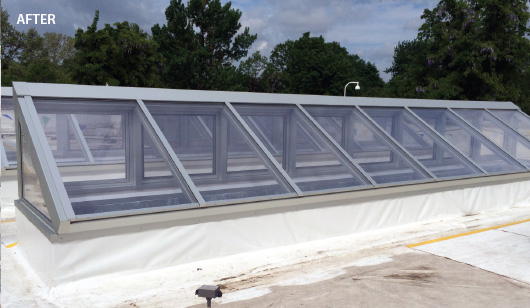 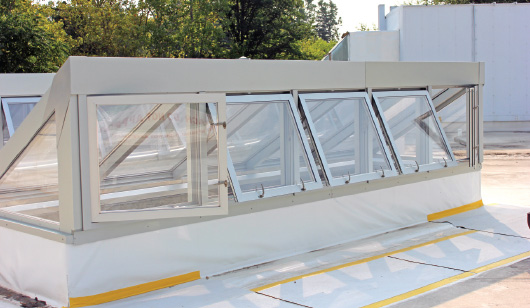 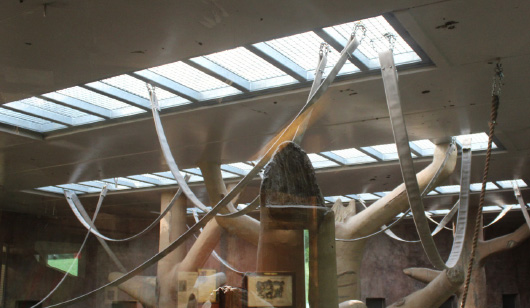 Awning type vents and casement windows enabled the food to be broadcast to the animals through the roof openings.